The Ardabil Rug: One of the World’s Oldest (and Most Spectacular) Persian Rugs

The Ardabil Rug: One of the World’s Oldest (and Most Spectacular) Persian Rugs 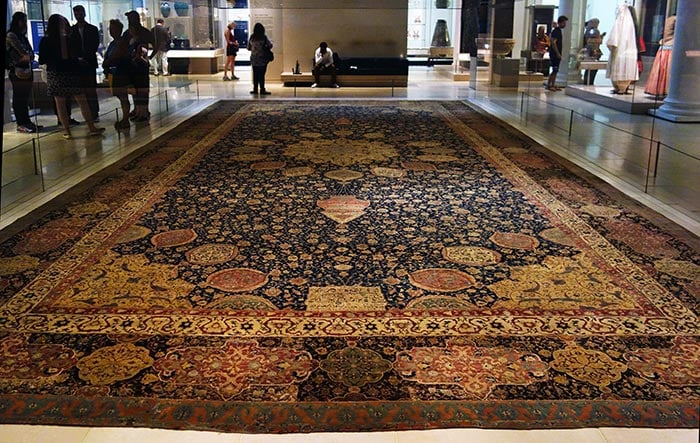 Even modern Persian rugs are known for their rich colours and intricate detail. But few can hold a candle to the Ardabil, which also happens to be one of the world’s oldest Persian rugs.

How the Ardabil rug got its name

The Ardabil is one of the oldest Islamic rugs in the world.

It was named after a town in northwest Iran. The town was home to the shrine of the Sufi saint, Safi al-Din Ardabili, a 14th-century Sufi leader who trained his followers in mystic Islamic practices. 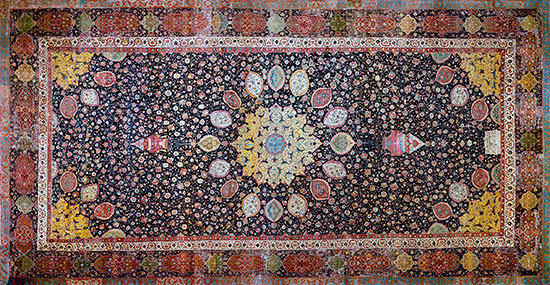 The carpet is one of a matching pair that was made for the shrine when it was enlarged in the 1530s.

The two rugs lay side by side in the shrine. After they were damaged by an earthquake in 1873, the rugs were sold to cover the cost of rebuilding the shrine. 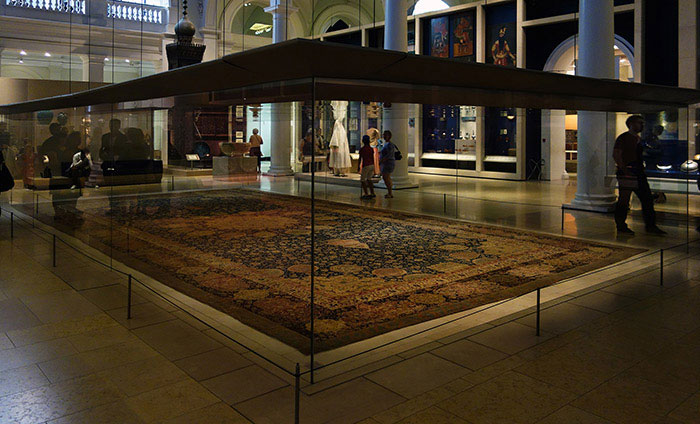 They were bought by a Manchester firm that made the decision to sacrifice one of the rugs in order to repair the other. In essence, the two rugs became one.

Today, the rug can be found in the Islamic Art Gallery in the Victoria and Albert Museum in London.

The size and intricacy of the Ardabil rug

The Ardabil rug measures an impressive 10.5 metres in length and 5 metres in width. This makes it one the largest carpets in the world.

The rug also boasts an impressive knot count. This is a metric that still determines the value of a Persian rug today. A higher knot count implies a more detailed pattern.

The Ardabil rugs knot-count is a mind-boggling 5300 knots per 10 square centimetres.

Even high-end commercial rugs typically feature a knot count that’s less than half this.

All the dyes used on the rug are natural. They include indigo and dyes made from pomegranate rinds.

The design of the Ardabil rug

The intricate patterning on the rug is typical of the Islamic art of the time.

The design includes geometric patterns, floral flourishes, cartouches for calligraphic inscriptions and a central medallion with two lamps suspended from it. 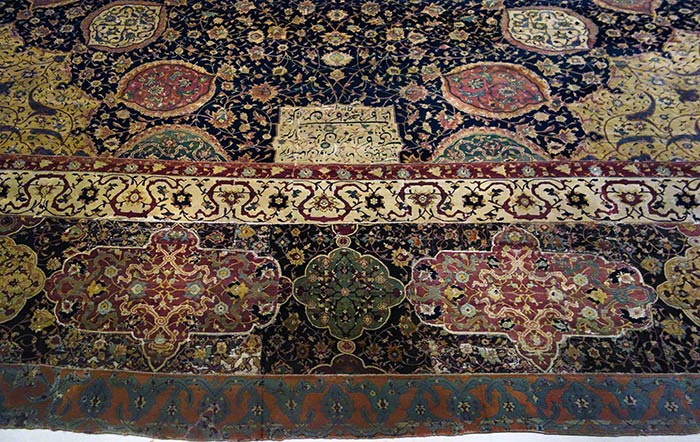 The two lamps aren’t the same size although it’s not known why. One theory is that it was a deliberate flaw, of the type traditionally incorporated in carpets to acknowledge that only Allah can be perfect.

Other scholars believe it was done as a clever trick of perspective so that the lamps would appear the same size when viewed from one side. 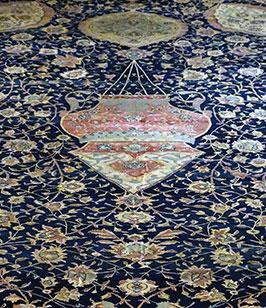 Unusually for the time it was made, the rug also doesn’t feature any animal motifs. Rugs that were woven around the same time almost always did. This may have been because it was specifically woven for a religious space.

One of the cartouches bears a short poem, part of which reads as follows:

Except for thy threshold, there is no refuge for me in all the world.

Except for this door there is no resting-place for my head.

The work of the slave of the portal, Maqsud Kashani.

This poem identifies the person who was commissioned to make the rug. Further poetry and inscriptions on the rug also reveal when it was made – eliminating the need for detective work to confirm the Ardabil as one of the oldest carpets.

At Chelsea Cleaning, we don’t have experience with the world’s oldest Persian rugs – but we do offer expert cleaning of loose rugs of all types, at reasonable prices. We also offer professional cleaning of carpets, mattresses, curtains and upholstery. Contact us for more information or a quotation and we’ll be happy to help.

Wood Floors vs. Carpeting: Pros and Cons in South Africa