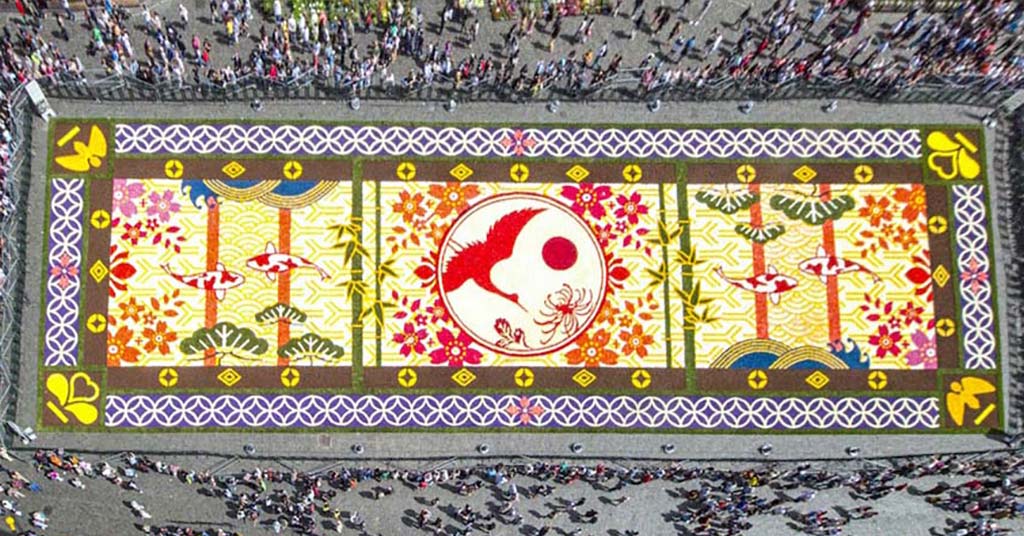 A spectacular floral display – a carpet created using 600 000 tuberous begonia flowers, as well as dahlias, various different grasses and dyed bark – was constructed outside of the Grand Palace in Brussels, Belgium to mark 150 years of good relations between Belgium and Japan.

The awe-inspiring flower carpet, measuring 77 by 24 metres, was unveiled on the evening of 12 August 2016, accompanied by a fireworks display and a sound and light show.

The history of the flower carpets 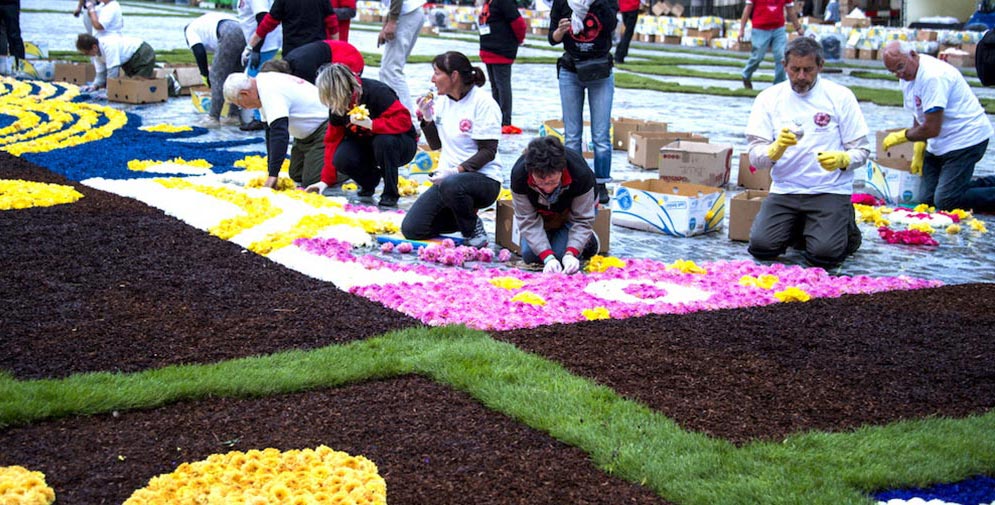 Every other summer, the non-profit association Tapis de Fleurs gathers a team of creative professionals to design a floral tapestry for display in the Grand Palace market square. It takes the team two years to design and plan each vast carpet, and the organisers reserve hundreds of thousands of cut flowers long in advance. The first flower carpet was created in 1971.

The 2016 carpet, with a Japanese theme 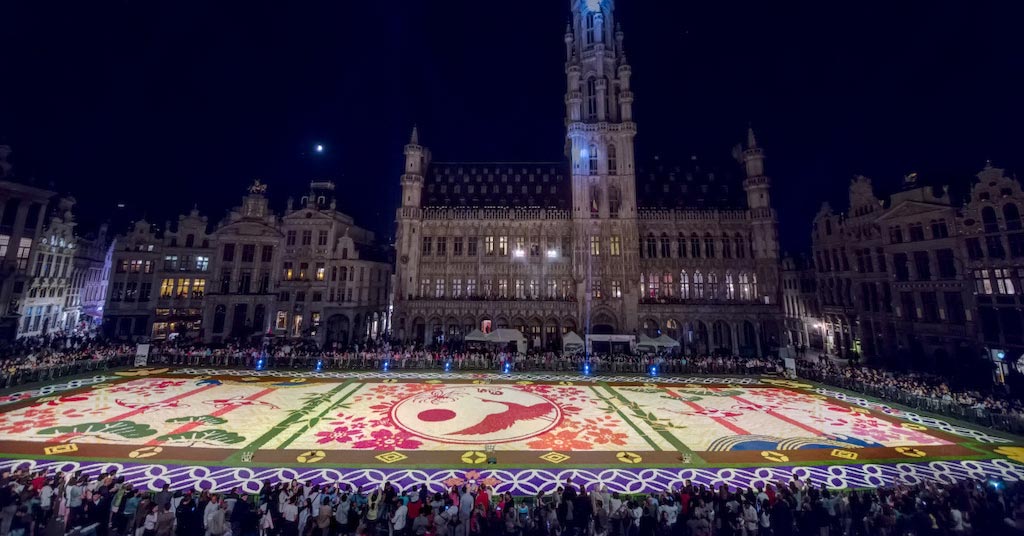 The Japanese-inspired 2016 edition of the Flower Carpet was overseen by Belgian graphic designer, Mark Schautteet and Japanese designer, Fujie Suzuki.

The carpet is adorned with Japanese symbols of peace, good fortune and longevity, including Koi fish, pine trees, cherry blossoms, the Japanese crane and bamboo plants.

The majority of the flowers used for the 2016 carpet were grown in northern Belgium. The flowers were picked by volunteers and then assembled just hours before the display was due to be unveiled.

The carpet was laid using a micro-perforated plastic sheet fixed to a thin layer of sand on top of the cobblestones in the market square. 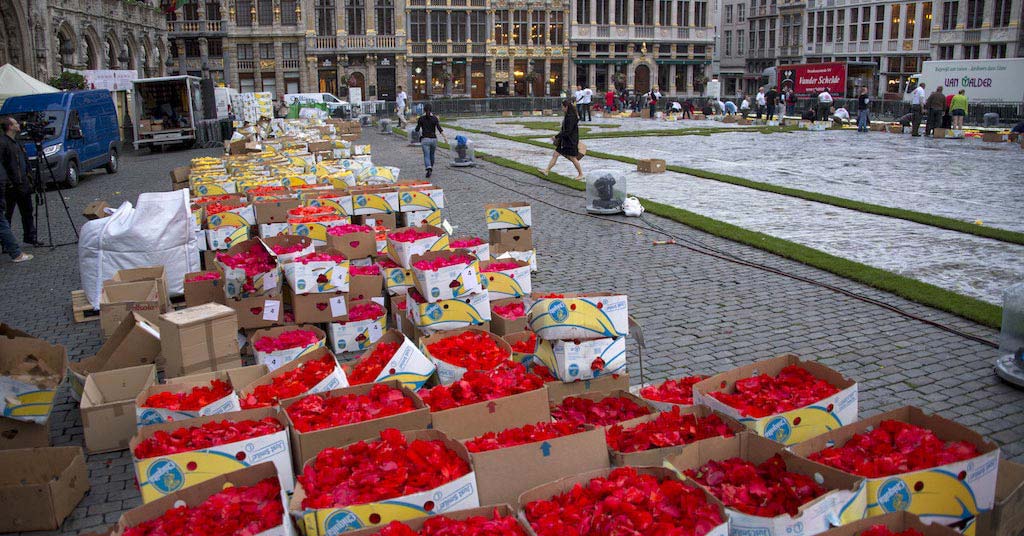 At Chelsea Cleaning, we can’t help with enormous carpets made of flowers – but for all other types of carpets and rugs, we provide expert, affordable cleaning.

Best Vacuum Cleaners to Buy in 2021 in South Africa

Protecting Your Carpets in Winter