Why Clean Curtains in the Cape Winter

Why Clean Curtains in the Cape Winter

Cleaning curtains in the Cape Town winter is essential.

Gales, grey skies and torrential rain typify the winter months. When conditions are damp and dreary, the growth and spread of mould in the home can become widespread on almost any surface.

Mould is a threat to property and health.

The folds and creases in curtains are the ideal place for mould to thrive.

Condensation builds up on the inside of windows during the colder months, so curtains, drapes and Roman blinds become perfect mould incubators.

As a rule, mould grows well in dark, humid places.

The Cape gets an average of 5.42 hours of sunlight in winter, less than half that recorded for the hotter months. It’s unsurprising home owners struggle to control the pervasive spread of mould.

Optimal temperatures for the growth of mildew fall within the Cape’s average 11 to 20°C range in June, July and August.

As all Cape Town residents know, particularly those living on the eastern slopes of Table Mountain, excess moisture, caused by seasonal leaks, rising damp and seeping rain, is a recurring challenge.

Then there are behavioural changes that exacerbate the problem.

During the winter months, we batten down the hatches to keep the elements at bay. Shorter days and longer nights mean curtains are drawn for longer.

The end result is a marked rise in humidity and the build-up of condensation on surfaces around the home.

What mould can do

Mould can have a negative impact on our health and wellbeing.

It produces allergens, irritants and toxic substances, which, when inhaled, can lead to respiratory problems, allergies and asthma attacks.

Pervasive mould can compromise the human immune system, making the young, old and infirm susceptible to all sorts of diseases and ailments.

If not dealt with promptly, mould can even cause structural damage to the home.

Mould spores are incredibly resilient. It takes a lot more than a hot water wash in a normal washing machine to destroy the Cape winter curse.

The best way to tackle the problem is through a professional cleaning service.

Even professional cleaners can’t pull off miracles. Once mould has eaten through fabric, it’s too late to reverse the damage.

Preventing the spread of germs

As the rain falls and the mercury drops, there’s a noticeable increase in colds and flu.

The weather keeps us indoors and promotes closer contact with family, friends and colleagues, all of whom may be carrying germs.

Allergies are at the most lethal at the end of the Cape winter, going into spring. By cleaning your curtains regularly, you can prevent the spread of allergens, viruses and germs.

Mental benefits of winter cleaning in the Cape

Seasonal affective disorder (SAD) is a type of depression that typically starts in autumn and continues throughout winter.

Symptoms vary from a lack of energy and insomnia to suicidal thoughts.

Although there’s no known way of preventing SAD, cleaning windows to let in more light may make a difference.

A tidier, nicer smelling home – including clean, fresh-smelling curtains – may help too!

Cats and curtains in winter 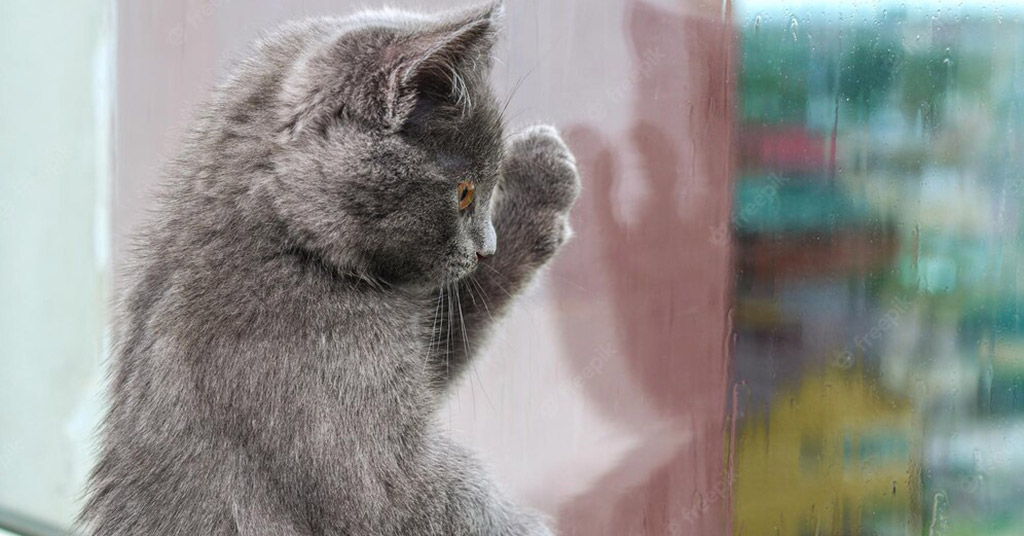 Cats love stretching out in the sunshine. During the colder months, they tend to spend a lot of time on windowsills – and on curtains.

What they leave behind is alarming – fur, dander (a common allergen) and dark marks.

Professional curtain cleaning is an easy way to deal with kitty residue and freshen up the drapes.

Our rates are affordable, and our six-step curtain cleaning process will leave your drapes looking and smelling as good as new.

Contact us for professional, affordable cleaning of curtains in and around Cape Town and in the Helderberg area.

How Often to Clean your Curtains

How to Remove Mould from Curtains