From Robots to Recycled Air

From Robots to Recycled Air

Since the vacuum cleaner was first welcomed into homes, it has continued to evolve, changing in looks and design as manufacturers experiment with new ideas.

Over the last 35 years, we’ve seen the introduction of lighter, sleeker, quieter and even cordless vacuum cleaners. Allergy sufferers have also welcomed a range of vacuum cleaners designed to prevent dust and allergens from escaping into the air, using technologies like cyclonic dirt separation and high-efficiency particulate arrestance (HEPA) filters.

Today the quest to perfect the vacuum continues, with robotic vacuums designed – at least in theory – to do the work for you and with new technologies that are far more energy-efficient than those used in the past. 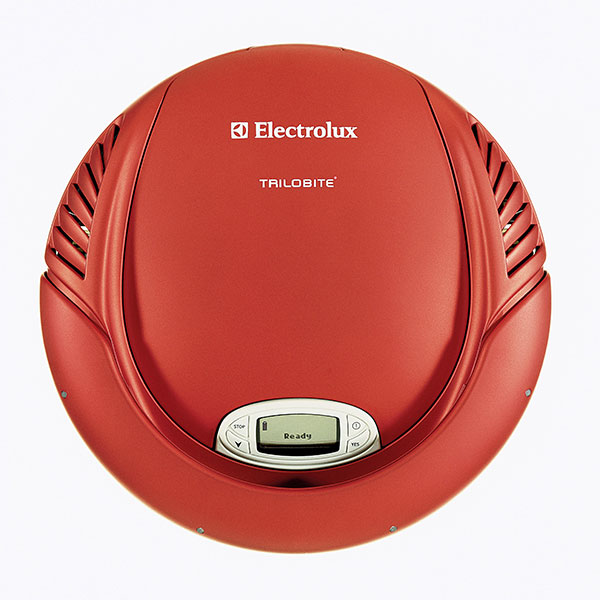 In 1997, Electrolux demonstrated the first robotic vacuum cleaner, the Electrolux Trilobite, on the BBC programme Tomorrow’s World. By 2001, the Trilobite was in mass production.

Using ultrasonic sensors, the Trilobite could map and then vacuum a room for you, automatically avoiding walls and obstacles. Once it finished cleaning an area or its power ran low, it automatically returned to a charging base.

In 2002, the US technology company iRobot introduced the Roomba. The Roomba has a diameter of 34 centimetres and a height of just 9 centimetres, making it low enough to move under most beds. It moves on two independently operated wheels and can complete 360° turns in place. It uses infrared to detect obstacles and dirty spots on floors, and has a sensor to keep it from falling down stairs.

To date, over 10 million units of the Roomba have sold worldwide. 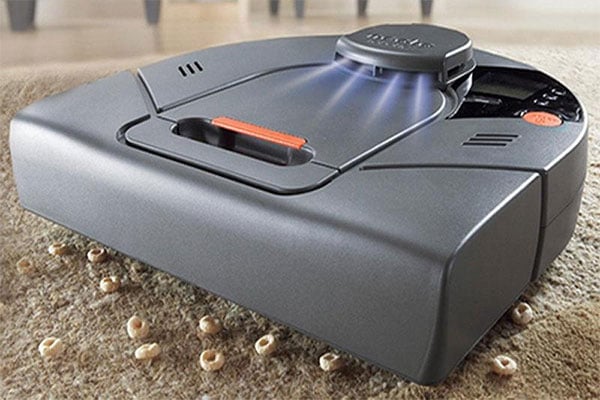 Other innovative robotic vacuums released since 2002 have included the Neato Robotics XV-11, which uses laser-vision instead of ultrasound or infrared, and the Canadian bObsweep, which mops as well as vacuuming. 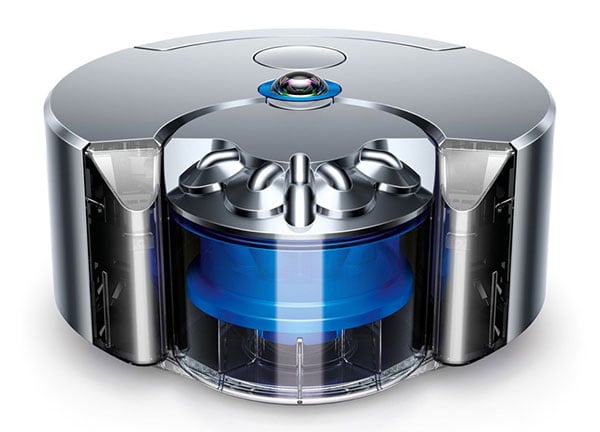 In 2014, Dyson announced the launch of the Dyson 360 Eye, which uses a 360-degree camera for navigation.

The battle is still on to create a robotic vacuum cleaner that really will clean as well or better than a vacuum that a person operates manually. Robots struggle to clean edges properly. Also, their batteries have to be recharged regularly and, of course, they don’t move clutter or furniture to vacuum under it. 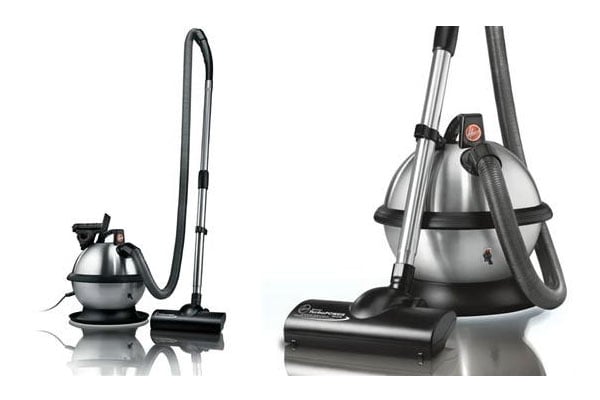 As early as 1954, Hoover introduced the Constellation, a vacuum cleaner that moved on a cushion of air released from its exhaust system rather than on wheels.

Production of the Constellation stopped in 1975, but interest in the concept has re-emerged.

In 2004, a UK-based company released the aiRider, a hovering vacuum cleaner designed to be much easier to manoeuvre than vacuums that use wheels. Hoover has also released a modern version of its Constellation.

A new technology involves using a stream of air, rather than a vacuum, to collect dust from floors or carpets. Known as Air Recycling Technology, it’s much more energy-efficient than using a traditional vacuum.

Based on testing by the Market Transformation Programme (MTP), a 250-watt machine that uses Air Recycling Technology can outperform a traditional 1,400-watt vacuum cleaner. This means that if the technology is adopted on a large scale, it could save a significant amount of electricity, along with associated carbon emissions, every year.

At least for now, people clean much more effectively than robots.

The Sexist Past of Domestic Cleaning

14 Tools for Making Cleaning Much Easier

Things You Might Not Want to Know About Dust Mites

February 7, 2017
Chelsea Cleaning is operating at all levels of the national lockdown. For more information on Covid-19 please visit www.sacoronavirus.co.za.