Evolution of the Vacuum Cleaner

Evolution of the Vacuum Cleaner

The vacuum cleaner may be one of the most under-appreciated appliances of our times. Gone are the days of hauling heavy carpets outside and pounding dust out of them with beaters the size of squash rackets. As for fitted carpets, without vacuums they’d be no fun at all!

Here we pay tribute to the vacuum, considering its evolution from the mechanical “sweeper machines” of the 19th Century to the motorised vacuums we know today.

Before the vacuum came manually operated street and carpet sweepers. First among these was a mechanical, horse-drawn street cleaner, developed in England in the 1840s. The brainchild of Joseph Whitworth, the cleaner consisted of coarse-bristled brushes mounted on a rotating drum and built into a horse-drawn van. 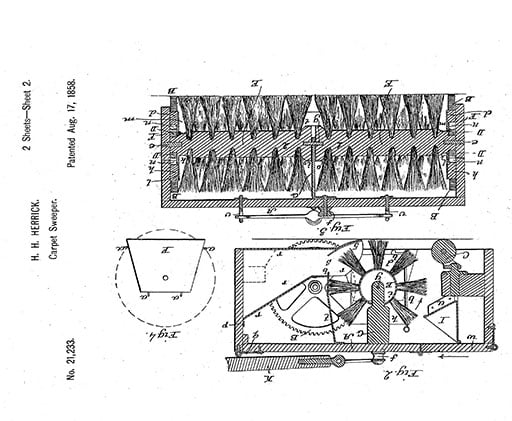 It wasn’t long before inventors started to experiment with designs for domestic carpet sweepers. Hiriam H. Herrick got there first, with a US patent for a mechanical carpet sweeper in 1858.

Daniel Hess designed a nifty carpet sweeper that included a bellows for generating suction, and in 1868, Ives W. McGaffey started marketing a contraption named the “Whirlwind”. Unfortunately it was tricky to operate – at the same time as being pushed, its belt-driven fan had to be cranked by hand.

More efficient carpet sweepers were eventually designed – including the “Grand Rapids” model, designed by a china shop owner in Grand Rapids, Michigan, and a range of sweepers developed in England by the Ewbank company. These machines gained widespread popularity, but they weren’t hugely efficient at sucking up dust and dirt. 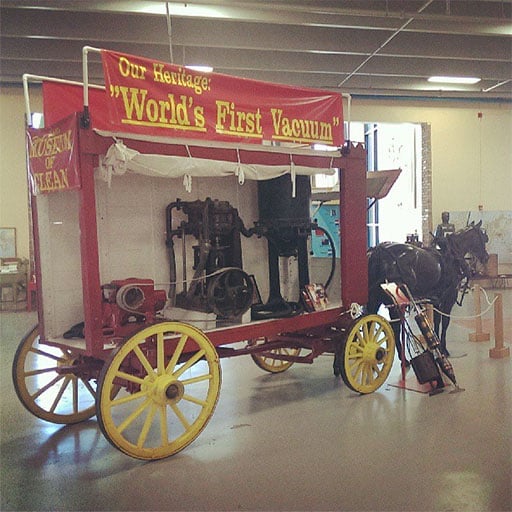 In 1899, enterprising businessman John S. Thurman paved the way for motorised vacuums with his gasoline-powered vacuum, which he dubbed the “pneumatic carpet renovator” and used to offer a door-to-door cleaning service.

This machine didn’t use suction; instead it used channelled air to blow dust into a receptacle. It was far from compact. Drawn by horse, it had to be set up outside people’s homes, with hoses for the air placed through windows and doors!

In 1901, Hubert Cecil Booth witnessed a demonstration of Thurman’s design at the Empire Music Hall in London. Inspired by what he saw, Booth had the brainwave of reversing the flow of air, using suction to pull dust into a receptacle and a filter to keep it from escaping (as opposed to simply blowing the dust about).

He went on to design the first petrol-powered vacuum, dubbing it the “Puffing Billy.” With its suction-based cleaning action, this machine laid the foundation for modern vacuums.

Like Thurman’s design, the Puffing Billy was bulky. It had to be drawn by horse and set up outside homes. It was also noisy. Nonetheless, it achieved quite a following. In 1901, Booth’s vacuum was even used to clean the carpets at Westminster Abbey, in preparation for the coronation of Edward VII.

Over subsequent years, Booth’s company continued refining and improving on his first machine, creating electrically powered vacuums and eventually focusing on large models for industrial use.

The birth of domestic vacuum cleaners

In 1905, Walter Griffiths of Birmingham invented the first portable vacuum cleaner. Although it wasn’t motorised (it used a hand-operated bellow for suction), it was small and light enough for one person to move. It also included a flexible hose with interchangeable nozzles.

In 1908, Sprangler sold the patent for his machine to his cousin’s husband, William Henry Hoover, who went on to form the world-famous Hoover Company. By 1919, Hoover had coined the slogan “It beats as it sweeps as it cleans”. 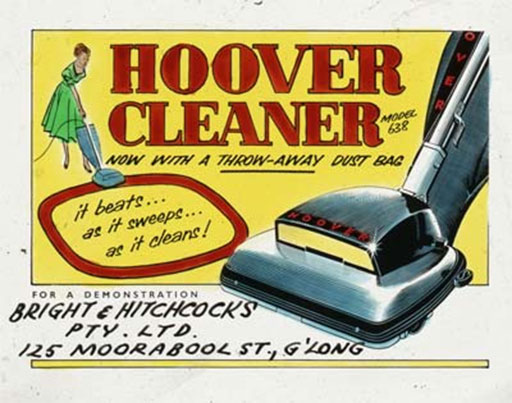 Within just a few years, the vacuum machine was considered an essential appliance in just about every middle-class home.

Things have come a long way since the birth of the vacuum cleaner and generally today’s domestic vacuum cleaners are capable of handling the various cleaning chores we have them for. Of course really stubborn stains and deep cleaning of carpets or upholstery still require more power than even they can offer. So if you live in Cape Town and need a professional cleaning service then contact us, we have over two decades working experience and matched with that our industrial cleaning machines can work wonders for your interiors.

Contact us now for a quote for our cleaning services.

Getting Rid of the Smell of Cigarette Smoke