5 Ways to Get the Kids to Help Clean Up

5 Ways to Get the Kids to Help Clean Up

It’s not an exaggeration to say that in an average middle-class home, a young child may add thousands of items to a household. If you count clothing, Lego and puzzle pieces, plastic animals, toy cars and apparel for the latest high-fashion doll, this is a conservative estimate.

Children have a similar exponential effect on the amount of basic home cleaning that’s needed. Regular spills, messy projects and little feet tracking mud through carpets add up to a lot of extra cleaning work.

That said, it’s not true that children naturally resist clearing up. In fact, most small children have a natural desire for order and routine. They like things in their correct places, at least in good time. If you go about it in the right way, you can put this tendency to good use. 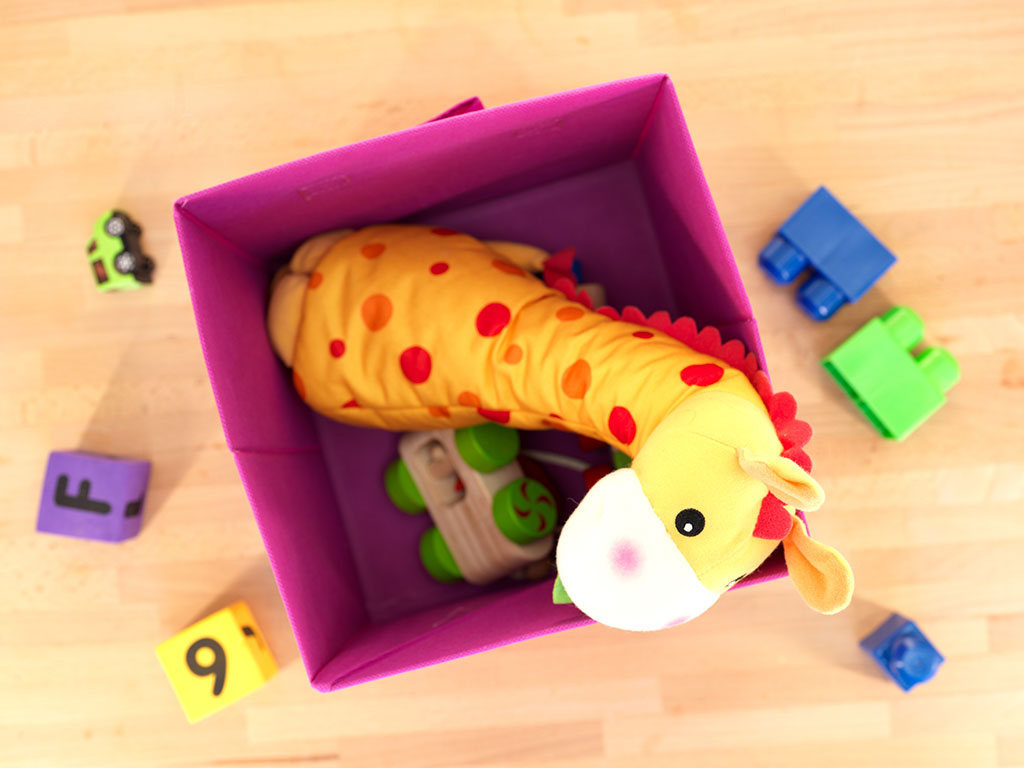 A small child who’s given a big task, such as “clean up this room”, may get distracted or plain stubborn. Children also respond much better if you give them a good reason for doing whatever you’ve asked.

One effective approach is to spend some time with the kids decorating cardboard boxes as beds for the dolls, a parking garage for cars or a park for the dinosaurs and other plastic critters. When it’s time to clear up, ask your little one to see that the dolls are in their beds, all the cars are parked or the dinosaurs are secure. These are focused, clear tasks that make sense, and soon they’ll develop into a routine that’s taken for granted.

Also have clearly labelled containers, such as recycled ice cream containers, for things like blocks, Lego, crayons, beads and so on, so that most types of items have clear homes. 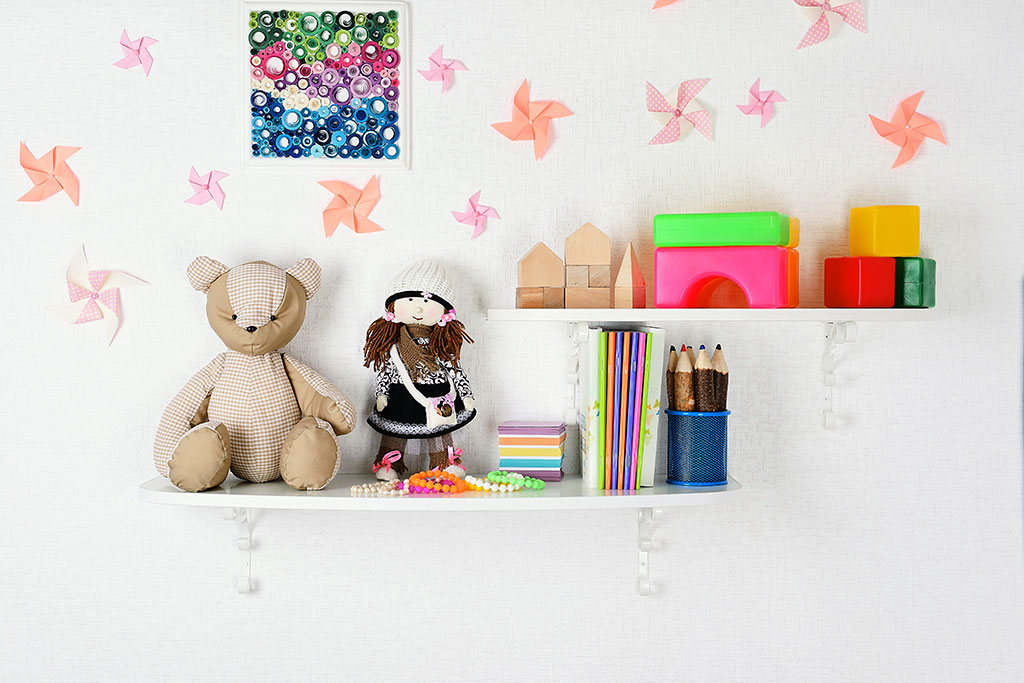 Drawers and closed boxes tend to accumulate random tangles of clutter. Junk gets mixed up with prize possessions and the occasional sock, and it’s not uncommon to lose items altogether under or behind the mess.

Instead aim to include visible storage units such as shelves in children’s bedrooms and play areas. On a shelf, you can see at a glance what goes where.

Certain schools promote the use of shelves in teaching environments for small children. This is because they naturally encourage children to work, play and put away in a disciplined fashion.

Give kids one-off jobs to be proud of 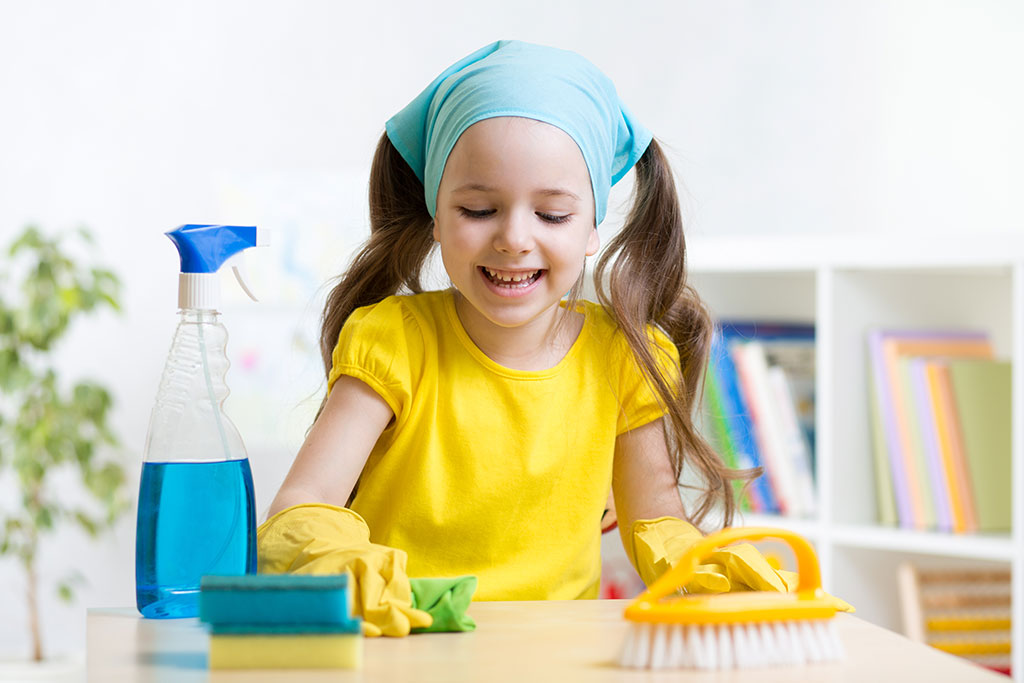 Children respond amazingly well if you give them a challenge and then leave them to manage it on their own. The same nine-year-old who persists in dropping clothes on the floor instead of into a nearby laundry basket may simply amaze you if asked to clean an entire kitchen without any supervision.

Similarly, smaller children may relish the opportunity to show how “grown up” they are, using a vacuum, sweeping, reorganising a food cupboard or cleaning surfaces.

Even if the results aren’t perfect, the kids will be learning basic skills – and your home will be cleaner than when you started. Remember to give plenty of praise.

Compete, against the clock or each other 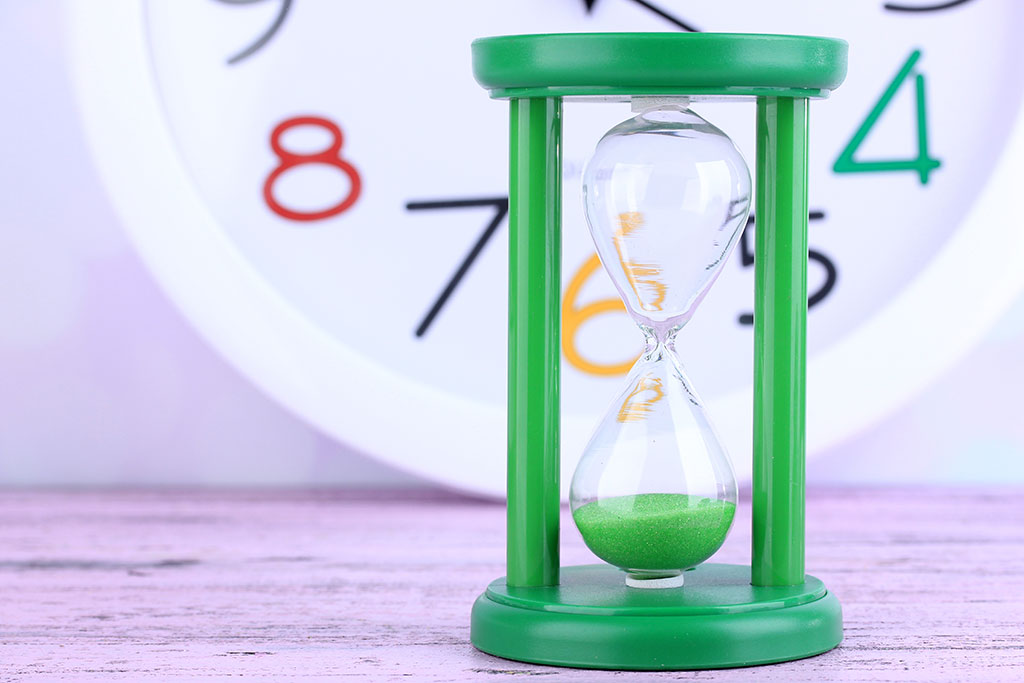 Small children love competition. Pit them against yourself or against the clock, and you’re likely to see amazingly swift clearing up, vacuuming or cleaning of surfaces.

Another one that’s worth trying – see how much everyone can put away before a song you play ends. Of course the novelty is likely to wear off, and then you’ll need another creative idea.

Last but not least, use “prizes” 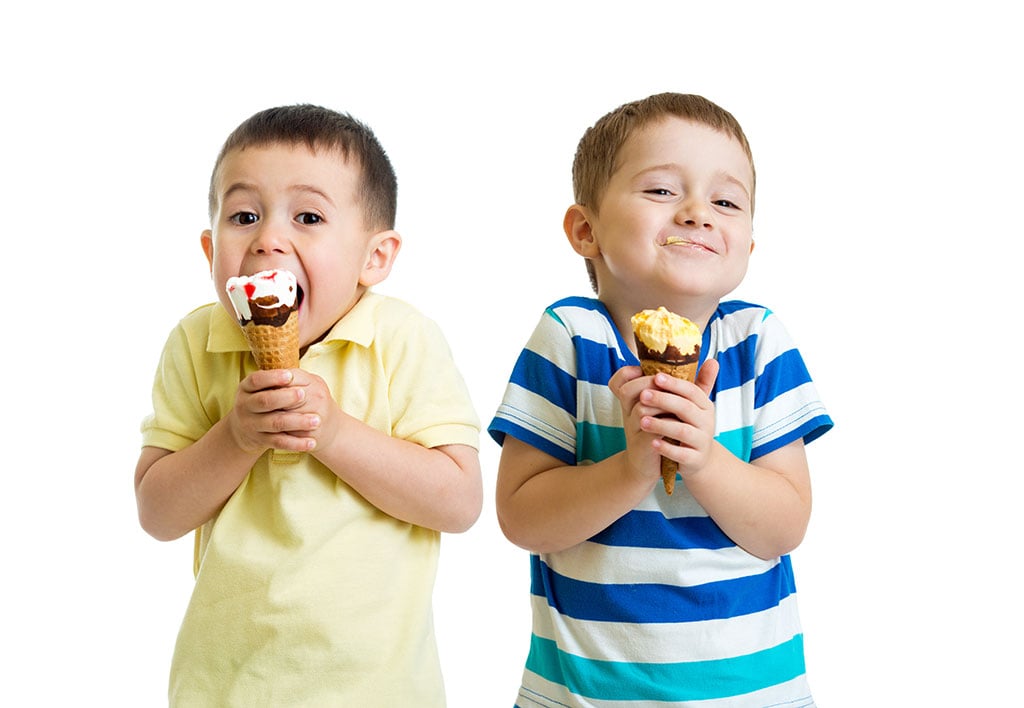 When it comes to parenting, the use of bribery is both under-reported and underrated!

Children of all ages should be encouraged to think of cleaning and clearing up after themselves as a natural part of contributing to the upkeep of their homes.

However, few things are more effective at motivating children than the occasional reward, whether this takes the form of an outing, an ice cream or a home movie. Unlike the other tips here, this one may even work on teenagers.

For the bigger messes that children can’t help with, like stained carpets and curtains or mattresses that need a wash, contact us at Chelsea Cleaning and we’ll be delighted to assist. Contact us now for a quote for our cleaning services.

Cheap Ways to Make Your House Warmer This Winter

Mould: Why It’s Worth Taking Seriously