Conceptual artist, Farid Rasulov, studied to be a doctor but found his true calling as an artist. Entranced by the symbols, patterns and rich colours of Azerbaijani carpets, he has created a number of works featuring carpeted interiors – as full room installations and digital prints on aluminium. 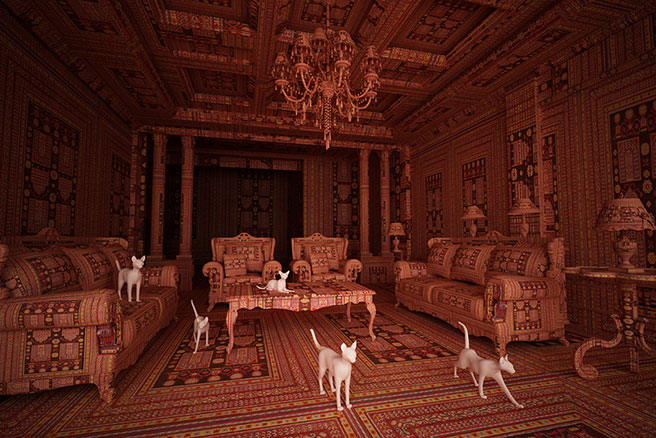 Carpets the lifeblood of Azerbaijani culture and traditions

Why the fascination with carpets? As a native of Shusha in the Karabakh region of Azerbaijan, Rasulov knows that carpets were indelibly woven through the local customs and traditions.

In the old days, woven carpets were part of a young woman’s dowry. Mothers would weave intricately patterned rugs, heavy in symbolism, as wedding gifts for their sons’ homes.

Starting and finishing a carpet was cause for celebration, and they were liberally used to cover the floors, walls and roofs of houses.

They were also used for prayer, in mourning rituals, and wedding ceremonies. For the people of Azerbaijan, carpets were the lifeblood of the community. 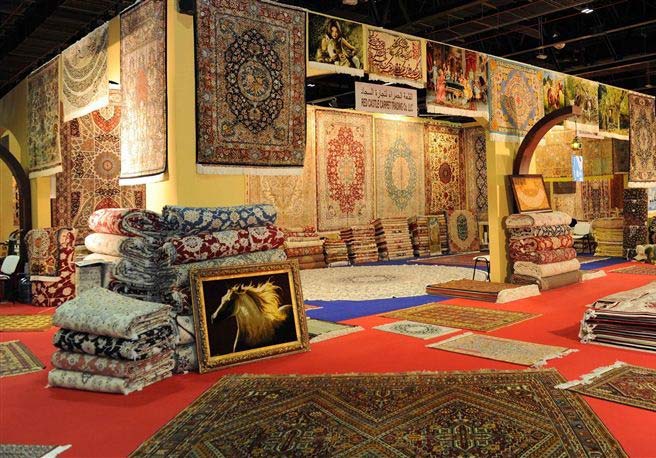 Carpet rooms depict the symbolic struggle between light and darkness

Rasulov’s evocative carpet rooms are not only beautiful, they are an interesting blend of east and west. Traditional Middle Eastern textiles, which speak of centuries old culture, cover European style living rooms, furniture and objects.

In the Azerbaijani context, the fusion between east and west is a commentary on the country’s evolution under the Turks, Armenians and, most recently, the Russians.

Each room has a window, or light source, and the artist has carefully staged statues of pure white animals to face, or interact with, the light. 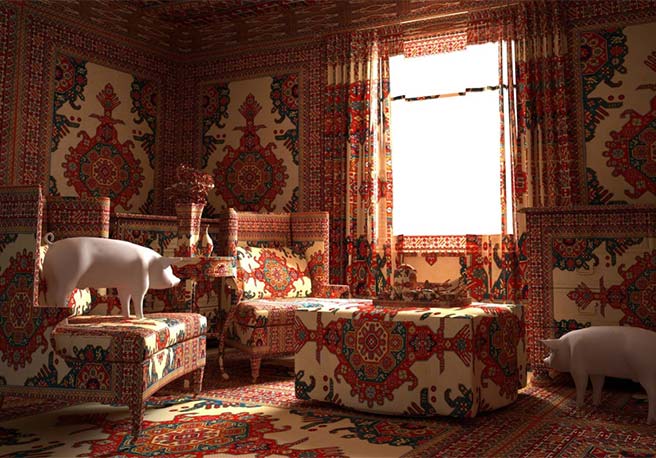 The statues are realistic effigies of the symbolic animals that appear in the carpets, and they are white to celebrate the purity of nature.

In the larger context, the whiteness and light are juxtaposed to the gloom in the room to depict the continuing battle between light and darkness – on an individual and national level. 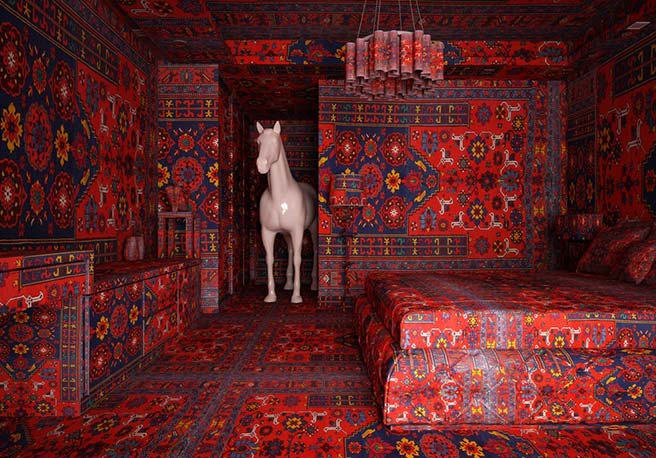 A master of mixed-media

In addition to his carpet rooms, Rasulov is renowned for his large-scale indoor and outdoor sculptural installations, hyper-realistic paintings, and 3D graphics.

A piece that is on permanent display at the Laumeier Sculpture Park, in Saint Louis, Missouri, is Bird #1. The 3,5 metre, mixed media pixilated dove is created in the symbolic form traditionally found on Azerbaijani carpets. 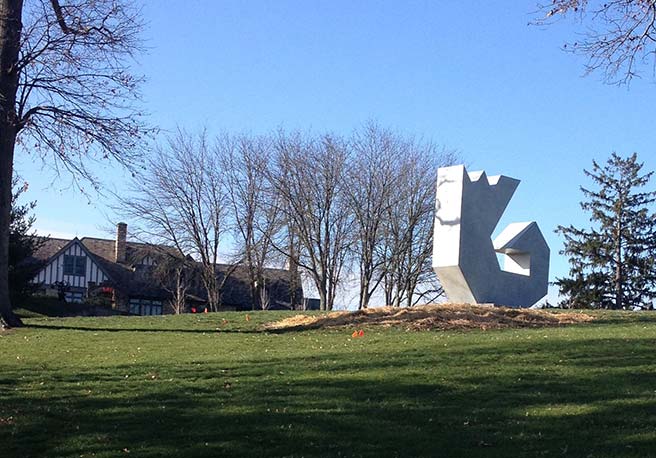 Rasulov’s use of carpets in contemporary art came of age at an exhibition in Paris in 2014, when a full installation of ‘Dogs in the Living Room’ was displayed at the Galerie Rabouan Mouisson. 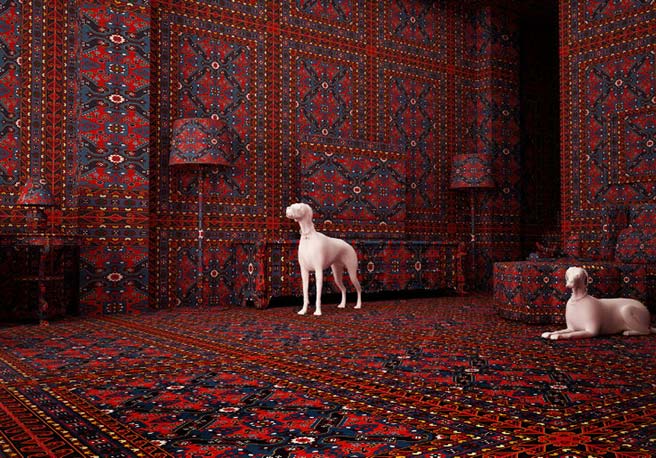 Since then, he has created digital prints of carpet interiors featuring different styles, colours and patterns, and containing an eclectic selection of animals. Among these are pigs, goats and cats to iguanas, lions, pelicans and lynx.

At Chelsea Cleaning, we don’t make or sell carpets or carpet artworks, but we do know how to clean carpets and rugs – expertly and at a reasonable price. Contact us for more information or a quotation and we’ll be happy to help..

Buying a Vacuum? What to Consider