The Pazyryk rug, the world’s oldest carpet, was excavated in the Altai Mountains in Siberia in 1949. It had been buried for 2,500 years. Its survival and intricacy are a testament to Iron Age carpet-weaving skills.

The carpet is now installed at the Hermitage Museum in St Petersburg, Russia. So how did it survive for more than two and a half millennia? 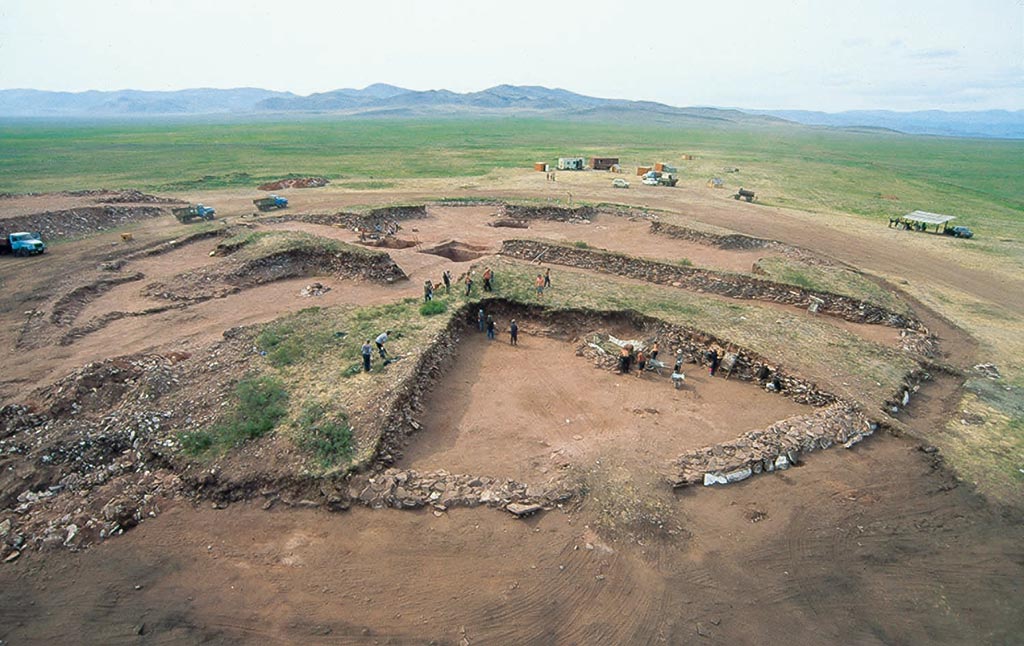 Around the 5th century BC, nomadic tribes of Eurasia, known as the Scythians, buried their dead in vast tomb mounds called kurgans. They buried valuable artefacts alongside the mummified remains of the rich and powerful.

The Pazyryk rug was buried alongside the Prince of Altai.

Unfortunately, the tomb was raided by thieves – but they left the rug behind.

It remained there for 25 centuries before it was excavated and dated through radiocarbon testing. 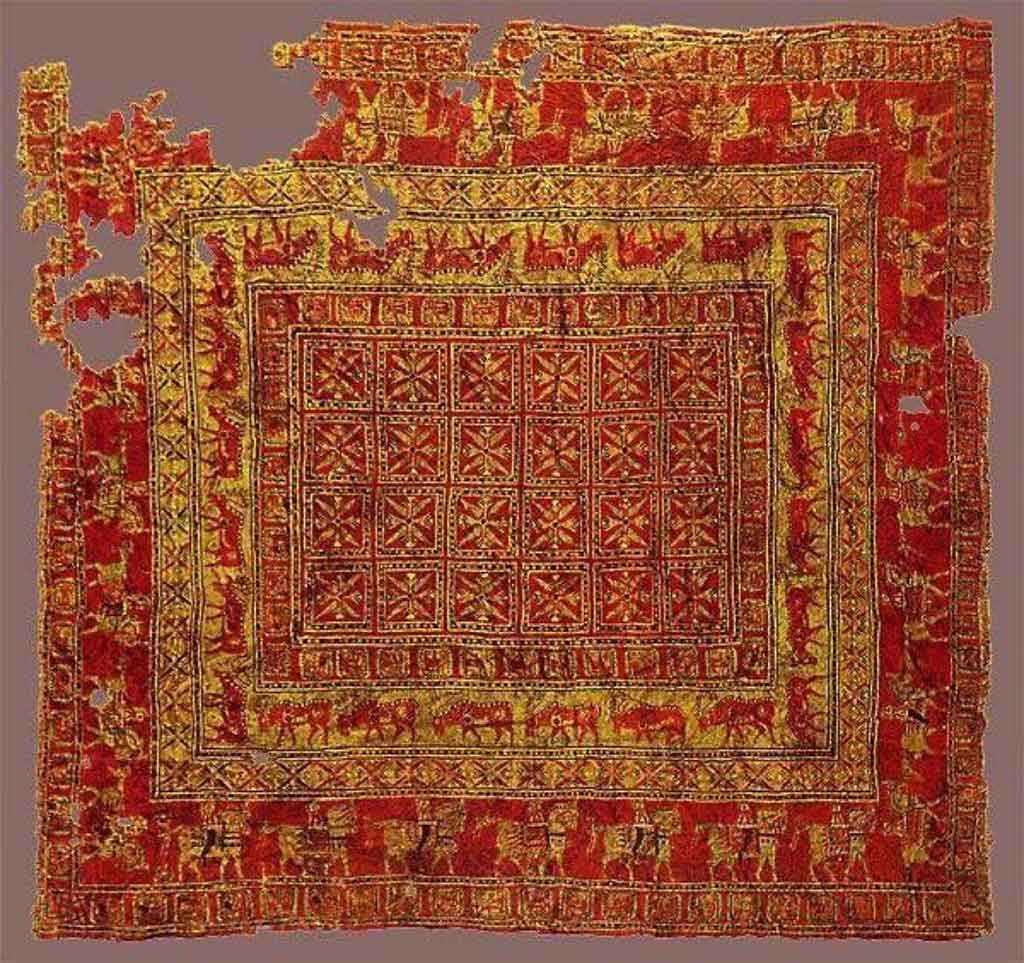 Astonishingly, apart from minor degradation, the carpet was found largely intact. It seems the rug, along with the human remains, was literally frozen in time.

The hole the thieves dug to get into the tomb was left open and it allowed the elements in. Low temperatures and precipitation preserved the carpet in a thick sheet of permafrost and it remained undisturbed. 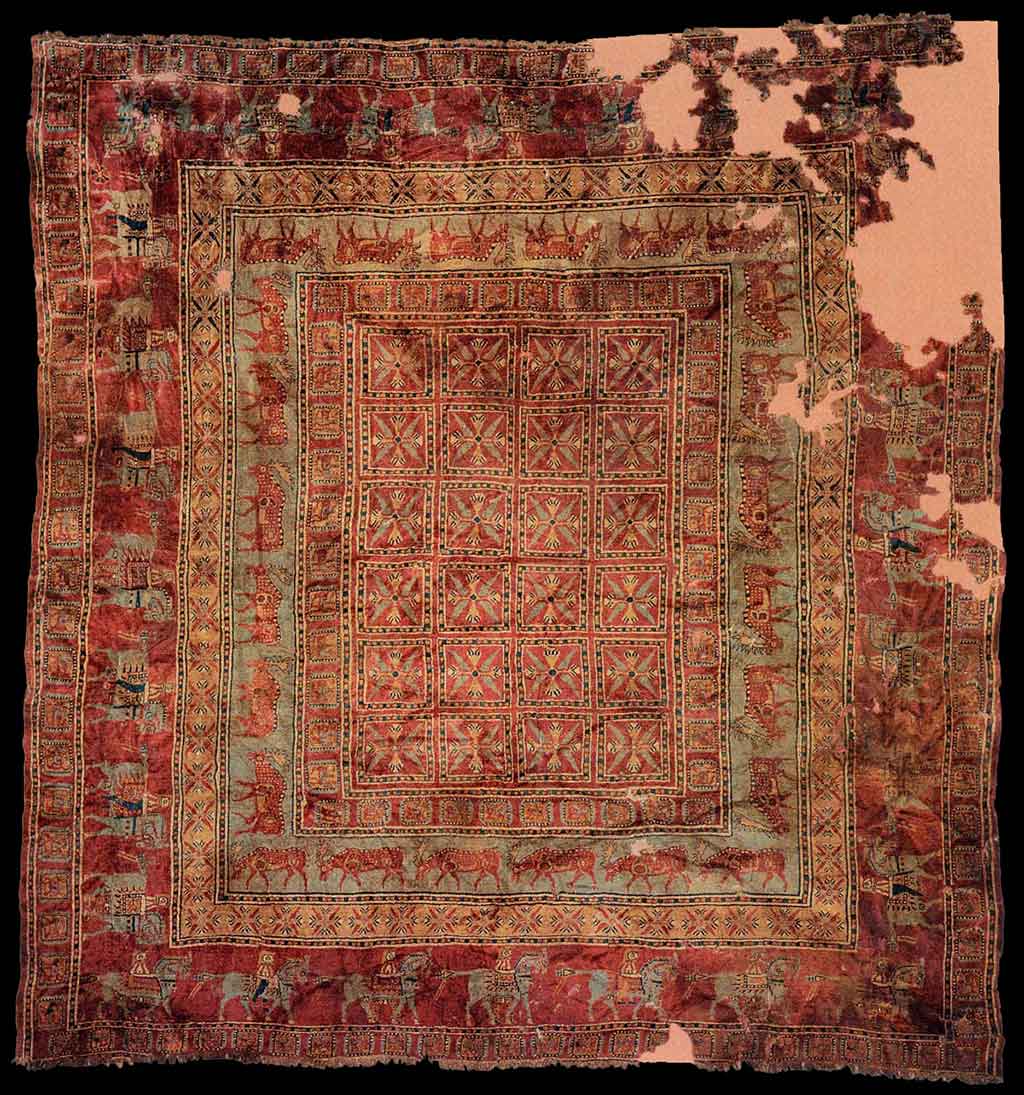 The 183 cm x 200 cm wool rug is technically very advanced and is a remarkable achievement for its time. It has a knot density – 360,000 gordian knots per square metre – that’s higher than that of most modern carpets.

Knot density is a measure of quality. It allows the weaver to incorporate more detail into the design.

Although the ancient carpet’s origin remains a mystery, it’s thought to have originated in Persia. 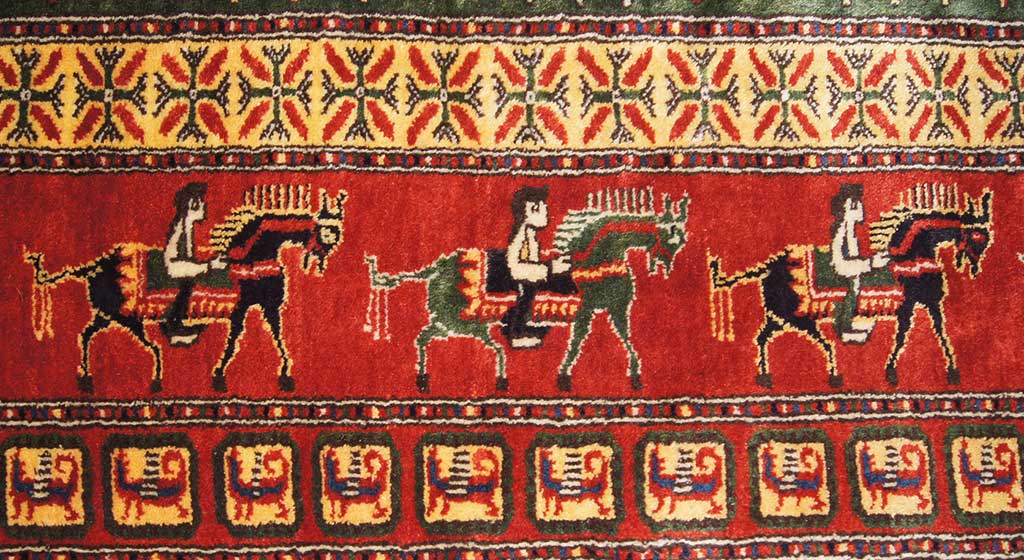 The rug’s symbols, patterns and motifs are sophisticated and beautifully rendered.

The borders are trimmed by narrow sequences of ribbons and gryphons. 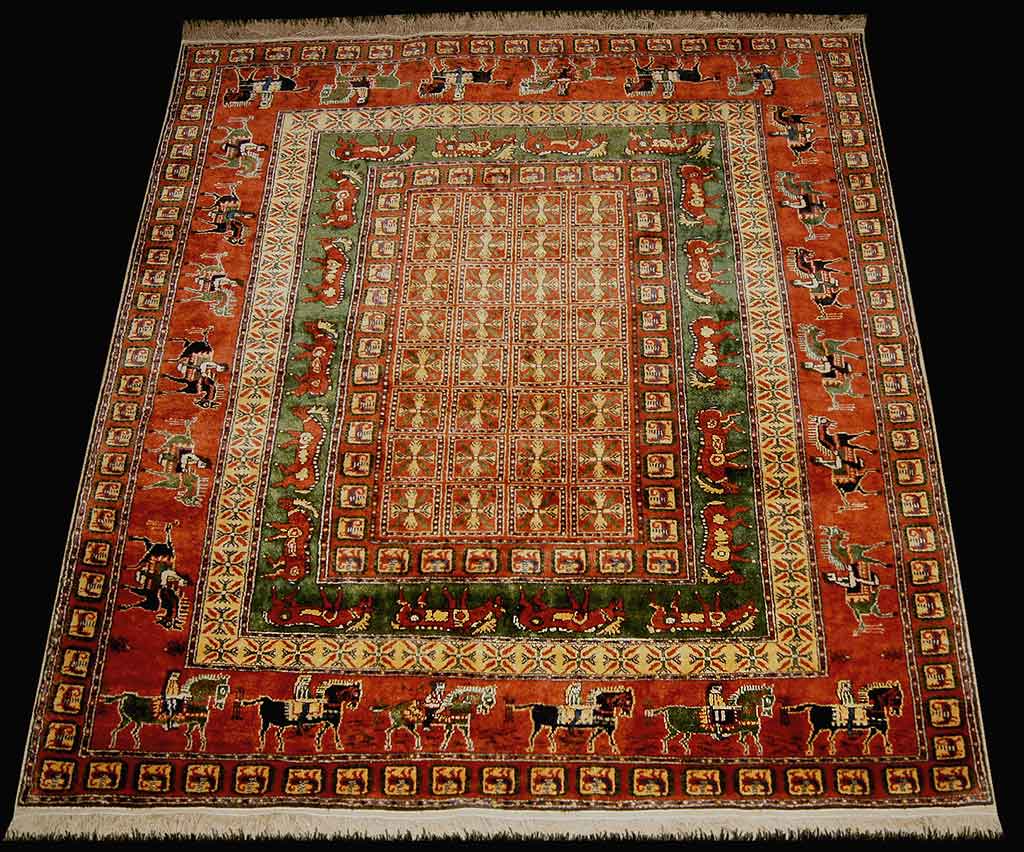 Red, ochre, yellow and blue are the predominant colours in the carpet.

Dyes extracted from natural materials, such as cochineal beetles, rubia plant roots, and soils and rocks containing iron oxide, were used to create the rich hues.

A dying technique involving a wool fermentation process is believed to be the reason the colours have remained so vivid.

The process involves spreading the wool in direct sunlight for several weeks before placing it in a barn as animal bedding. The heat, bodily fluids and dung from the animals created the optimum conditions for fermentation. The wool was then washed in a stream and dyed.

What’s the estimated value of the Pazyryk carpet?

As one of the world’s oldest carpets, this ancient funerary item is simply priceless.

At Chelsea Cleaning, we don’t make carpets or rugs like the Pazyryk rug. However, we do clean Persian rugs – expertly and at a reasonable price! Contact us for more information or a quotation and we’ll be happy to help.

Things You Might Not Want to Know About Dust Mites